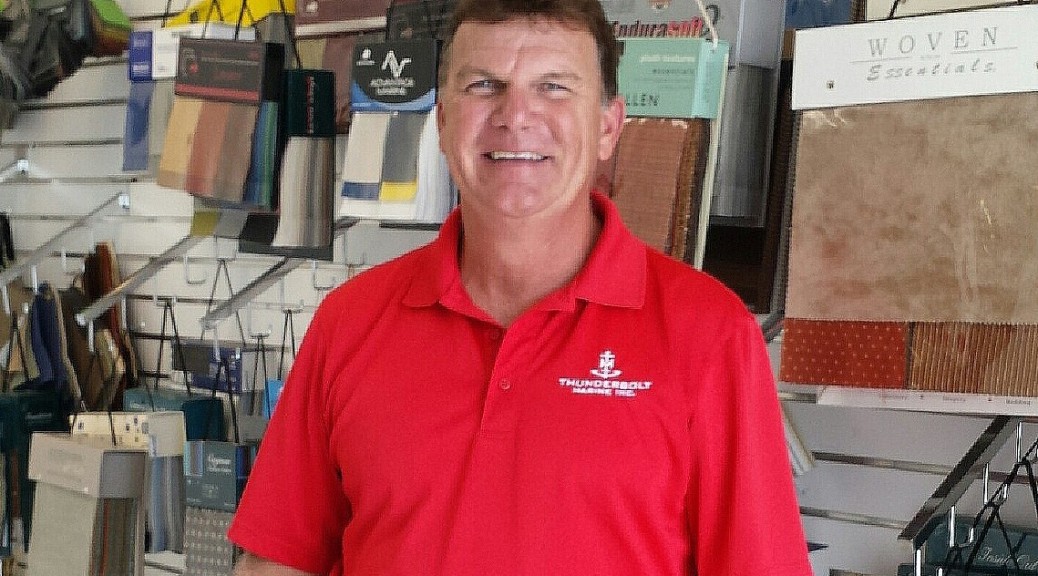 Robbie is a true Savannah Native. Born in Savannah he, has lived here his entire life.  Graduating from Savannah Technical College with an associate’s degree in Electronic/Computer Engineering he worked for Union Camp Chemical for 10 years as an Instrument Technician.  Robbie discovered  a need in the local marketplace for a qualified marine canvas shop after several unsuccessful attempts at finding anyone willing to travel to him and provide a quote for a flybridge enclosure for his 29ft.  Wellcraft.   Frustrated, he bought a used commercial sewing machine and built the enclosure himself.  The rest, as they say,  is history.   Robbie started his own boat canvas & upholstery business, Sea Stitch,  in 1992, running the business for 2 years while still working  at Union Camp.  Word spread quickly and the business grew.  Not having prior experience in the canvas business, Robbie hired 2 very experienced custom canvas makers from the Jacksonville area.  They taught him the tricks of the trade as the business grew, eventually establishing relationships with the large refit yards in Savannah at the time Robbie’s business became the go to shop for the mega-yachts in those yards and boat owners in the Savannah area.  Robbie brought his experience to TMI, joining us in 2012 as Head of the Canvas & Upholstery Department.  In his free time Robbie enjoys watching football, bass fishing and RVing with his family.