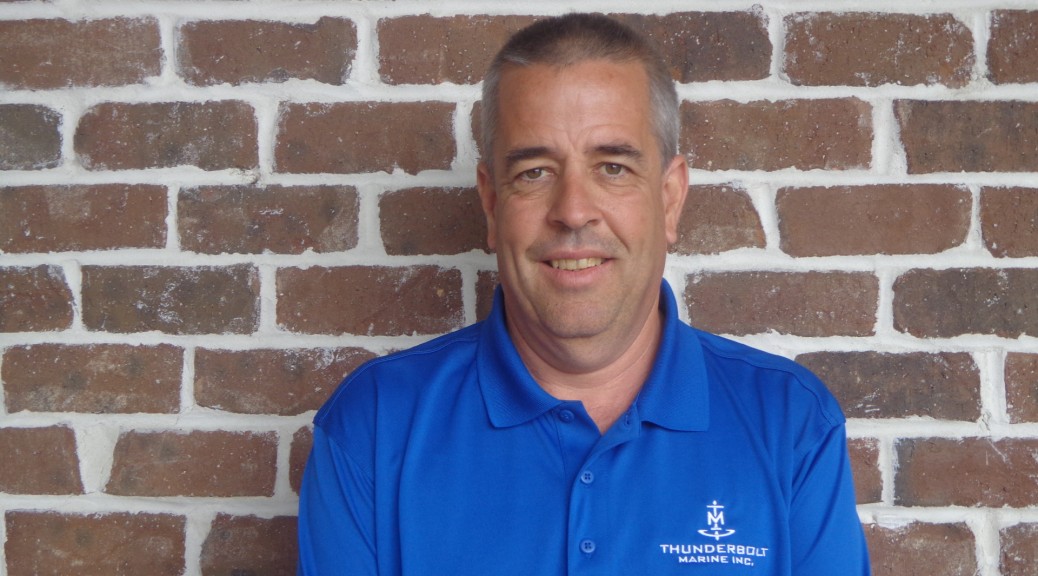 Johnnie Beasley
Production Manager
Johnnie, known primarily for his rigging skills and his longtime association with the marine industry in this area, had a background in automated door systems, electronics and hydraulics before starting up his own business (Beasley Marine) rigging sail boats ranging from 24 to 64 feet which was of far more interest to him.  Entirely self-taught, he went on to work as a rigging subcontractor for Palmer Johnson Inc., before becoming their Rigging Foreman  and then with Hinckley Yacht Services before finding his place as Rigging Foreman at Thunderbolt Marine Inc.  Recently Johnnie received a well-deserved promotion to Production Manager of the entire yard making us the beneficiaries of his years of experience
and knowledge in the marine refit industry.

Married to wife Michelle who is an RN and with one daughter, Johnnie now lives on Wilmington Island but was born and raised in Thunderbolt with his brother Mark (Foreman of the Metal Department). Both have witnessed the demise of the fishing industry on their doorstep which was once prolific in the neighborhood, but has been taken over by commercial enterprises and private residences.  Johnnie was a volunteer fireman for 20 years. He enjoys camping and boating, but his passion of 30 years lies in boar hunting by bow and arrow.